Survival Training and the Importance of Human Connection

I spent 9 years of Active Duty time in the Air Force. Although I learned many things during my time in the military, the best training I received during that time was survival training. We were trained what to do if we were ever caught by the enemy and made a Prisoner of War (POW). 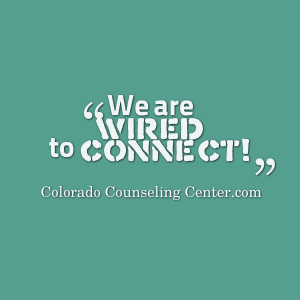 One of parts of that training that sticks out to me even today was learning about other POWs that were caught during other wars, particularly Vietnam. The conditions of the Vietnam POWs were harsh to put it lightly. They were starved, tortured and treated in some of the most inhumane ways possible. There was often a no-communication policy put in place so that they weren’t able to verbally talk to one another. They were often kept in separate windowless cells as well to facilitate that policy. However, even with the conditions they lived under, they still found ways to communicate with one another. They developed a “tap code” in which they were able to tap out letters of the alphabet by knocking on the wall to one another. The prisoners over time became more creative and began communicating the tap-code through other means as well, such as coughing and sniffling (they were often perpetually sick in these unsanitary conditions). Bob Shumaker was one of those POWs and mentioned that it didn’t matter what they talked about, just that they were talking and connecting with one another. “We were focused on supporting each other, trying to make life a bit more bearable, and dreaming.”

The Transforming Power of Connection

I share this because of the transforming power connection with others has in our lives. Part of these soldiers survival wasn’t simply getting enough food and water for their bodies, it was also connecting with their fellow prisoners on a daily basis. That lack of verbal communication forced them to develop other ways to communicate and connect through non-verbal means with one another. Without that connection, something within them would have died.

To further emphasize this, please watch the video below as Dr. Ed Tronick discusses the importance of a parent’s connection and interaction with his/her child.

Folks, we are wired to connect! As human beings, we need that connection to survive in this world. And therein lies the difficulty many of us face in life. We feel a lack of connection in our lives with those we love most. And it hurts when we don’t have that connection. We either paw frantically after our loved one, panicked that we are losing touch with that person. Or we might find ourselves pulling away from the other person, putting up a protective wall to protect ourselves from further hurt and pain. We here at Colorado Counseling Center are ready to help you reconnect with your loved ones. It won’t be an easy journey necessarily, but it will be worth it.