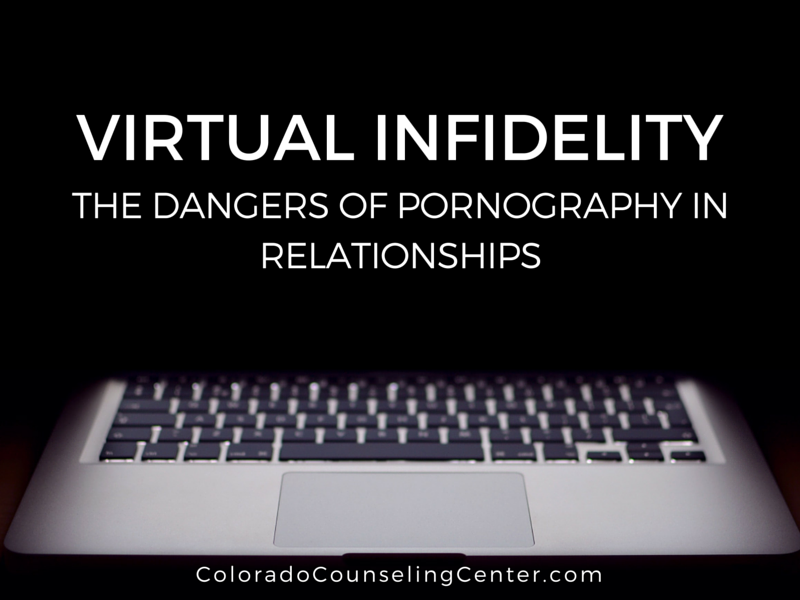 Many of the couples I meet with in couples therapy have experienced infidelity in their relationship. “Virtual Affairs” are becoming more and more common. Virtual affairs betray the trust of one’s partner and violate agreements of sexual exclusivity; they happen when one partner looks at pornography or has an online affair with someone that he’s probably never met and probably never will. Because pornography is so addictive and damaging to the viewer and those involved in it, it behooves us to examine the dangers and harm that come to a relationship from a seemingly “harmless” endeavor.

Many believe that the viewing of pornography is harmless, that it somehow only involves the person viewing it. They ask themselves, “how can this be harmful to anyone else?”  The reality is that viewing pornography greatly damages one’s ability to relate to others in healthy ways, especially in one’s closest relationships. Rather than seeing one’s partner as someone who has needs and desires, viewers of pornography begin to dehumanize those closest to them. This damaging change often happens without much awareness on behalf of the person viewing the pornography. The person begins to see his partner as someone who should just be submissive to his desires. The relationship shifts from one of working together and compromise to one of selfish focus on getting “what I want and need.” Women end up feeling devalued as a person and partner, feeling like they can never measure up to what is being viewed online. In the bedroom, they often describe themselves as feeling like their husband’s “sex toy.”

The Aftermath of Discovering a Virtual Affair

Upon discovery, the woman often feels a deep sense of betrayal, loss of trust, and hurt beyond description, especially when the behavior was kept secret from her, often for years at a time. She often questions everything she thought to be true. She may think to herself: “I thought I knew my spouse, but I was obviously wrong. What else don’t I know about this person? Is he who I really thought he was?” Her emotional world is literally turned upside down. This often causes her to reflect back on every memory she has of her spouse and she begins to dissect them, one by one. This causes what used to be happy memories to suddenly seem suspicious and doubtful. “Was he hiding this from me back then too? Was he looking at porn on that trip?” Hurt partners often become obsessed with finding out more information, and digging further to see what else was being hidden and lied about. She’ll want to examine every email, look at every text, observe every behavior from her husband…a constant and relentless search for more lies and hidden secrets. It becomes emotionally and utterly exhausting for her, often leading to problems of depression and anxiety.  For greater detail on this particular subject, click here. Suffice it to say, pornography not only hurts the viewer, but it affects those closest to him or her.

Escaping the Shame and Isolation of Pornography Problems

In her book, What Can I Do About Me?, Rhyll Anne Croshaw talks about the steps she’s taken to find healing from the trauma of her husband’s pornography and sexual addiction. One of the key aspects of that healing was in dealing with the shame of what had happened. Part of what she did was to start a nonprofit organization to help those who struggle with sexual addiction. This forced her and her husband to open up about his addiction and her personal struggles. Although this was very difficult initially, in the end it proved to be liberating since shame causes us to hide and isolate. When we open up and share our struggles with others, it gives them the ability to do the same since they often feel alone and don’t know where to turn.  What she discovered is that when a pain is shared, it is halved.  When a joy is shared, it is doubled. There is peace, comfort and freedom in opening up about our struggles, whether one is struggling with viewing pornography or you are the one with a struggling partner. Although one should be cautious with whom he or she opens up to, remaining in complete silence is never helpful.

At the end of the day, pornography has a detrimental effect on three major areas: an individual’s life, on those closest to him or her (particularly spouses), and finally there is a negative effect on society as a whole. My next post will cover the latter subject.