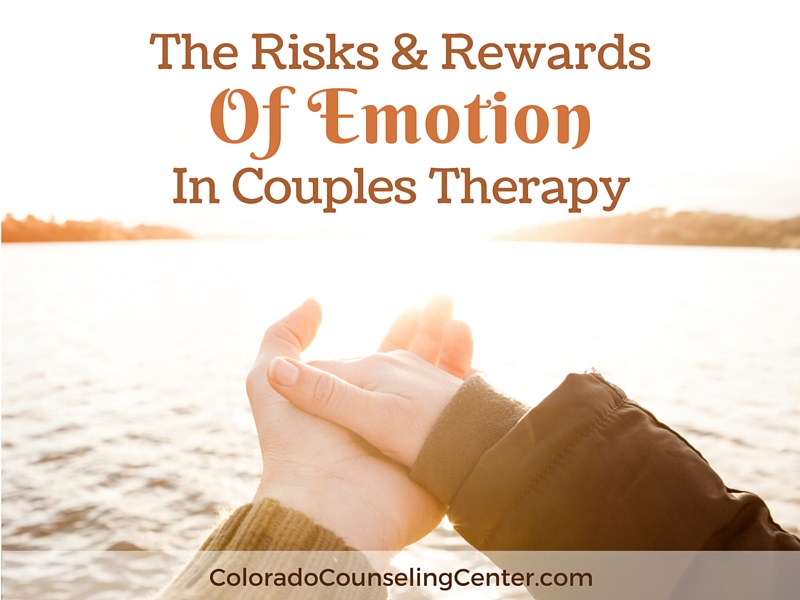 I recently binge-watched a marathon of Bravo’s Project Runway.  The show features a group of fashion designers on a quest to get their designs into New York Fashion week.  At the end of each show, the contestants’ fashions are judged, and we learn who moves forward. Season 14 features a “plus sized” designer and advocate named Ashley Nell Tipton. During the judging, Ashley often became emotional—tearful, sad, and frequently verbalizing disappointment in herself. She openly acknowledged her own insecurities, not just as a designer but as a person. The judges had little patience with this and kept telling her to be “stronger.” Ashley’s emotional roller coaster ride gave viewers a window into her heart. She quickly became a fan favorite and marched forward in the competition.

Having Emotions is Healthy

The fact is, there is a little of Ashley in all of us. We all experience fear of rejection and failure. Sharing these feelings with someone close to us is a way to gain valuable perspective, own them, and even let them go. Like the judges, too often, society identifies emotions as “weakness.” But having emotions is healthy, normal, and an essential part of being human.

Our emotions give us valuable information. Have you seen the movie Inside Out? As Dacher Keltner and Paul Ekman, two professors of psychology, who contributed to the film explained, “[E]motions organize, rather than disrupt, rational thinking. Traditionally, in the history of Western thought, the prevailing view has been that emotions are enemies of rationality and disruptive of cooperative social relations. But the truth is that emotions guide our perceptions of the world, our memories of the past and even our moral judgments of right and wrong…”.

The Value of Emotions in Couples Therapy

The importance and value of emotions in couples therapy cannot be overstated. Many couples come in frustrated and angry about arguing so much. This is actually a positive sign. That feeling is saying something, if we choose to listen:

Couples therapy and marriage counseling works on this “how” question, but it is our emotions which frequently lead us to take the first step.

The Costs of Ignoring Emotions

Outside the therapy room, we can be criticized for having feelings. Similar to Ashley on Project Runway, the message is that being tough is about swallowing the tears. Certainly, we all have to learn how to control our emotions – to know the appropriate time and place to express them. But controlling them does not mean ignoring them. Ignoring them can make us feel trapped and exclude our partners from the opportunity to be there for support. Over time, this pattern can lead to partners feeling disconnected from one another and misunderstood. While we might stereotype men as “logical” and women as “emotional,” the truth is that all of us have emotions and ignore them at our peril.

“I could feel the tears within me, undiscovered and untouched in their inland sea.  Those tears had been with me always.  I thought that at birth, American men are allowed just as many tears as American woman.  But because we are always forbidden to shed them, we die long before women do, with our hearts exploding or our blood pressure rising or our lives eaten away because that lake of grief inside us has no outlet.  We, men, die because our faces were not watered enough.”

How to Take Emotional Risks in Your Relationship

As Ashley took a risk on the show, displaying some of her own fears, we have to take risks with our partners – to be vulnerable and to risk rejection in order to open new pathways of communication and support. How do you take emotional risks with your partner?  Wait for a good time, when you are alone and have enough time to talk.  Start by establishing safety.  Let each other know that you are there to help, no matter what.  It is ok to say, “I could really use your support.   Can we sit down and talk?”  Listen to a song or read part of a book and discuss your experience with each other.

Being able to share your feelings with one another creates a deeper and more solid bond… if you are tough enough to try it!