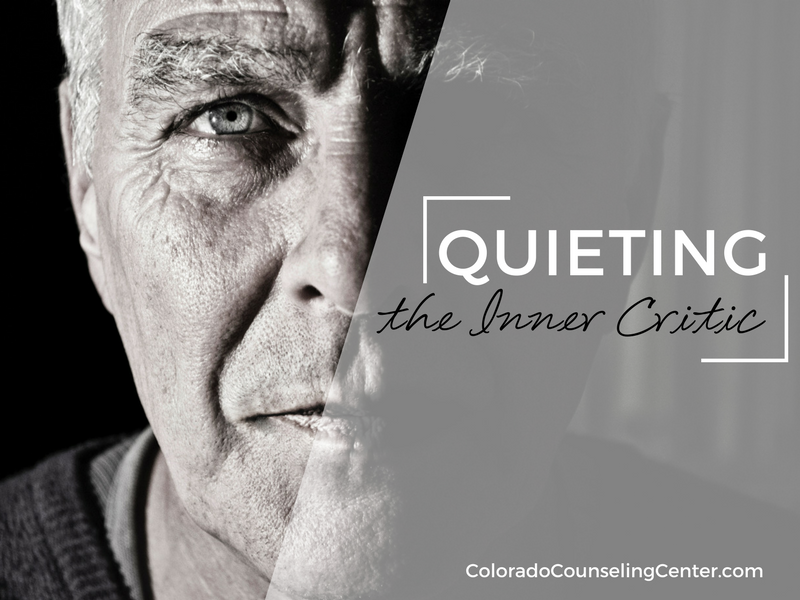 Photo by Simon Wijers on Unsplash

We have all had some exposure, likely through Hollywood movies, to the overbearing drill sergeant yelling at a group of soldiers:

The drill sergeant’s objective is not to provide care and compassion, but to yell, push, and criticize in order to prepare the soldiers for threats. It may be hard to identify at first, but if you slow down and notice some of messages you tell yourself, you may find that a voice similar to the overbearing drill sergeant has taken place in your mind. This is called the “inner critic.”

The inner critic will likely not demand twenty push ups, but the messages of worthlessness and never-enoughness are similar, and begin to wear on us, resulting in stress, insecurities, anxiety and depression.

The Purpose of the Inner Critic

Why does this inner critic exist? Why do we constantly allow a part of ourselves to injure us with words that most would never dream of saying to someone else?

While it might feel ironic, the inner critic does not exist to do you harm. It exists to keep you safe, much like the drill sergeant.  It is essentially trying to protect your well-being, even if it does so in harmful, unhelpful ways.  For example:

When people first begin to notice their critic, and to notice the pain it is causing, it’s common to want to get rid of it. Of course we want to push it away: it’s mean. But trying to smother it often results in the critic getting louder.

The Key to Quieting the Inner Critic

The key to quieting the inner critic does not lie with trying to suppress it. The key is self-compassion. Dr. Kristin Neff, explains there are three interacting components to self-compassion, which can quiet our self-criticism:

As we come to view the critic as a fearful, protective part of ourselves, rather than as a cruel drill sergeant figure, it ultimately loses its power to do harm and makes way for a kinder, more gentle approach to ourselves, leading to healthier, happier lives.