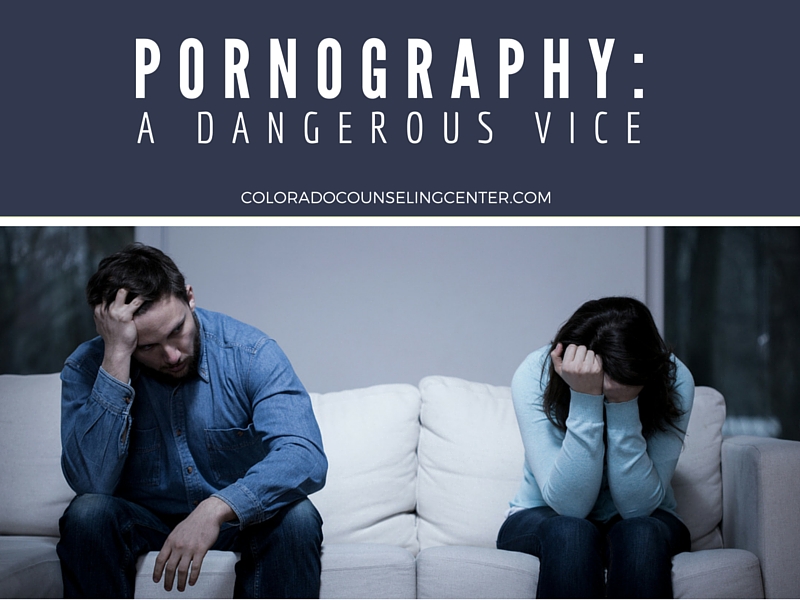 Pornography is largely accepted today as “normal” and typical behavior, especially by males. However, more and more research shows that pornography has  extremely detrimental effects on a person’s life and can be more addictive that many drugs. This is because with drugs, you need a substance in order to get the “high” whereas with pornography, you only need your thoughts to get the chemicals moving.

Pornography is a big part of the 97 billion dollar sex industry and there are hundreds of millions of pornographic websites online. The content of pornography over time has become more violent, deviant, and obscene.

And it’s easy to see why. Pornography is addictive.

Over time, viewing pornography changes the chemical make-up of one’s brain. It dumps dopamine into the brain just like drugs, giving that person a high. Over time, just like with drugs, a person builds up a resistance to it and eventually needs more in terms of quantity, as well as more in terms of content. What used to be titillating no longer fits the bill and a person can find himself searching for content that pushes the boundary more and more. The more one sees, the more desensitized one becomes to it. But that’s not the worst of it…one also becomes desensitized to people in general. This desensitization is often more noticeable to others than to the person viewing pornography. One’s ability to empathize and care about and for others diminishes greatly. Instead of seeing others as people with hopes, dreams and fears, others are seen simply as objects of sexual fantasy and pleasure.

Alexander Pope said this about Vice:  “Vice is a monster of so frightful mien, As to be hated needs but to be seen; yet seen too oft, familiar with her face, we first endure, then pity, then embrace.”

It’s easier than ever to get addicted to pornography.  Remember the three As: Affordable, Anonymous, Accessible. These three As help remind us of why it can be so easy to succumb to it.

A Slippery Slope: Consequences of Pornography

Viewing pornography is a slippery slope. One simple glance can eventually lead to more and more of it. Often, it starts out innocently as curiosity, usually before the age of 10.  From there, depending on how the topic of sex is handled in the family, pornography often (and unfortunately) becomes a source of inaccurate sex education for the child. A child can sometimes be traumatized by what is seen, not fully understanding the meaning of it, especially since pornography never portrays a healthy sexual relationship. If the sex seen is violent in nature, the trauma is even more severe. The ultimate effect of pornography in a person’s life is that it damages an individual’s ability to relate to others in a healthy manner.

“When we’re feeling raw or emotionally vulnerable, it’s as though the lid is off the emotional superglue for us. We’re primed and ready to bond. We gravitate to things we hope might soothe us, and our nervous system prepares us to connect in a powerful way to whatever it is that ‘works’ to comfort, satisfy, or distract.”

Early exposure to pornography can reinforce early patterns of seeking comfort in unhealthy ways. This can become ingrained in one’s emotional way of being and quickly become a regular part of one’s life. If a child feels unloved or rejected over and over again in his or her life, he or she will quickly learn to seek love and acceptance elsewhere. The thing they learn to turn to will quickly become the primary source of fleeting comfort in that person’s life.

No matter what we turn to for comfort, soothing and peace, if it’s not a real, breathing human being that we’ve spent hundreds of hours, days and months developing and nurturing a relationship with, it will always leave us feeling empty at the end of the day.

Because we’re wired to connect, the most effective way to deal with and battle a pornography addiction is to start with bringing it out of the darkness and seeking help from loved ones. An addict often feels he or she is living a separate life, a secret one that they’re not proud of. This leads to living a life full of lies and secrets. Often times, people who have been secretly struggling with pornography feel an immense sense of relief once the truth is out. There’s a reason for this: We need to connect with others. This is why support groups exist. There is power in numbers. One doesn’t have to feel alone and powerless to such an addiction. There’s no such thing as a solo support group.

If this is something you or someone you know struggles with, let us help you. We offer support both for individuals and couples. Please don’t hesitate to contact us.