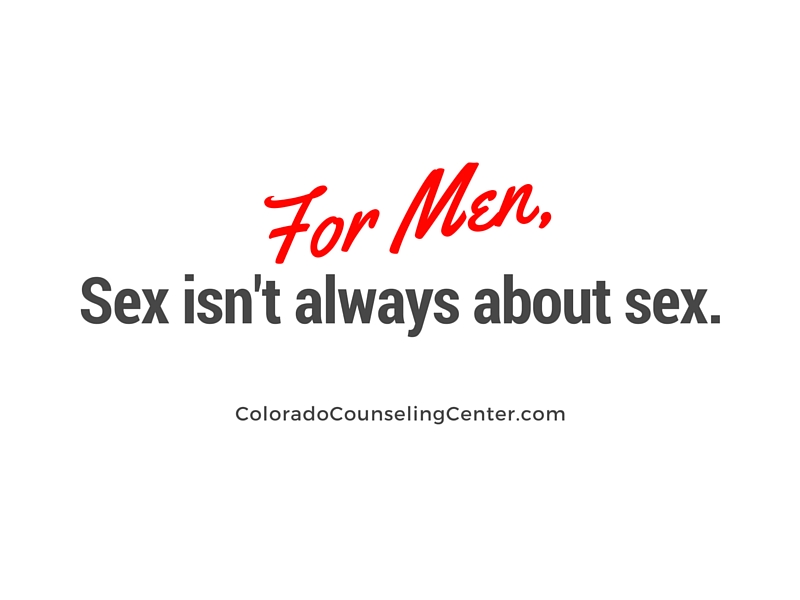 In Brene Brown’s book Daring Greatly, she speaks of when she was conducting research with a group of students about vulnerability and the room became lively as they discussed how uncomfortable sex can be when you’re worried about how you look. Brown writes:

The young women who started the conversation said, “It’s not easy to have sex and keep your stomach sucked in. How can we get into it when we’re worried about our back fat?”

The young man who had shared the story of his divorce slammed his hand down on his desk and shouted, “It’s not about the back fat! You’re worried about it. We’re not. We don’t give a shit!”

He took a couple of deep breaths and said, “Stop making up all of this stuff about what we’re thinking! What we’re really thinking is ‘Do you love me? Do you care about me? Do you want me? Am I important to you? Am I good enough?’ That’s what we’re thinking. When it comes to sex, it feels like our life is on the line, and you’re worried about that crap?” At that point, half of the young men in the room were so emotional that they had their faces in their hands.

A middle-aged man in the group joined in, staring straight down at his desk. “It’s true. When you want to be with us…in that way…it makes us feel more worthy. We stand a little taller. Believe in ourselves more. I don’t know why but it’s true. And I’ve been married since I was eighteen. It still feels that way with my wife.”

A former client of mine read this and briefly mentioned to his wife that this passage resonated with him. It wasn’t until many months later in a couples therapy session that the relevance of the passage became clearer to his wife and to me. He was expressing disappointment that he and his wife were not as sexually intimate as he wanted. He understood why their sex life was on hold given that there was some hurt still being worked through. But nonetheless he wanted to know that she still wanted him even if she wasn’t ready to be intimate.

Her response to him was that she did find him physically attractive and that she had always tried to tell him that by commenting on his cologne or on how nice he looked. As the therapist I thought, “well that sounds like a nice compliment, why isn’t that enough?”

He repeated himself, “but I need to hear the specific words: ‘I am physically attracted to you.’”

But why those exact words? She wasn’t getting it—and neither was I.

What this post is not intended to be is a manifesto to all women that they need to be more sexually available to their partners. A healthy sex life requires mutual respect, the safety to be able to say “no, not tonight,” trust, and many other things. What I am hoping, however, is that my observations lead couples and individuals to think “maybe there’s something more to sex than just sex.” And this is not just for women to consider about their partners. Men, too, need to be able to acknowledge that their need for sex can often run deeper than just the physical aspect. Otherwise they’ll be left with a vague sense of “sexual frustration” and without the insight needed to achieve greater closeness through intimacy.

If you could use some support in creating more intimacy in your relationship, call us! We’d be glad to help. Call Today: 720-468-0101